As a history buff, avid reader, and devoted television watcher, I wanted to create inspiration boards focusing on periods of style. For this first board, I wanted to share my favorite decade of the 20th century, the 1920s. I was influenced by some of my all-time historical (and historical fiction) favorites: Montgomery’s very own Zelda Fitzgerald, “The Lost Generation,” forgotten mansions of New York’s Millionaire’s Row, The Great Gatsby, and both television series Boardwalk Empire and Downton Abbey… I could seriously keep going.

However, if I were to coin a phrase for the 1920s it would definitely be, “Go big or go home.” This decade dedicated itself to elaborate displays of wealth and sophistication, while exercising freedom of expression and the birth of the modern woman. For this inspiration board, I felt it necessary to flaunt our own selection of 1920s-inspired fabrics. 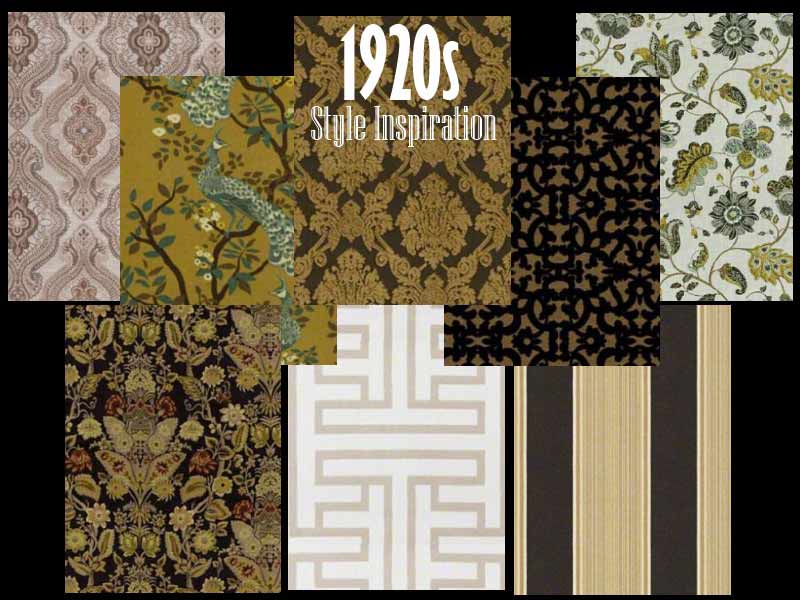